Welcome to “Meet Your Local,” a new Vinya series where we introduce you to the locals who are the heart and soul of South Florida’s dynamic food and beverage culture. Some of our featured locals you’ll recognize, while others you won’t (the newcomer, the outsider, the quiet underdog). Big or small, known or unknown, they share a common backbone, one built from unwavering passion and grit, which makes them effortlessly light up the "305."

So, raise a glass with us and Meet Your Local!

Why We Love Chef Diego Oka

Chef Diego Oka might not look like the typical Peruvian, but he's as Peruvian as cebiche (Yes, cebiche with a "b" — the common Peruvian spelling). I was fortunate to work closely with Chef Diego at the Mandarin Oriental Hotel in Miami where he has been the Executive Chef at La Mar since its inception in 2015. From Lima to Bogotá to Mexico City to San Francisco, Diego has travelled the world, opening restaurants for the hugely successful Acurio Group, and hands-down, he is one of the most magnetic chefs I have met. He reminds me of a big, lovable cartoon character, so rich with color and passion that his "do good" way of life is instantly contagious. His relationship with La Mar's founder, and global sensation, Chef Gastón Acurio runs mind-blowingly deep, and it all started in a Lima grocery store in 2000!

AA: This breaks my heart, but gotta ask, Nadal or Federer?

AA: Wynwood or the Grove?

Diego: The Grove, I live here.

Diego: Cebiche (But I love Casua too!) 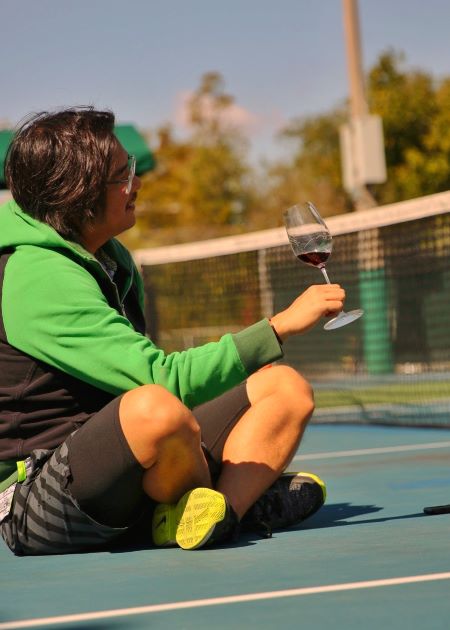 AA: Ok, so you first met Gastón Acurio at La Mar in Lima?

Diego: Nooooo, I met Gastón in a supermarket.

AA: In a supermarket, what? (We have to dig-back a bit)

Diego: I became a chef because I was bad in high school — I mean bad grades, bad behavior. My mom was always meeting with my teachers. My dad wanted me to go to a formal univeristy to study business administration, and I was like, "No way, I am going to be a chef." I grew-up surrounded by good food, my grandmother was an amazing cook, and my dad would bring home fresh scallops, whole lobsters and shrimps (he worked close to the fish market in Lima). So, I went to culinary school when I was 16.

I was the youngest in my class, I did well, and I loved it. When you're in culinary school you have to do a 4-month externship, and I badly wanted to extern at "Astrid y Gastón," (his first restaurant). But, there was no availability, so I externed elsewhere. At the time, Gastón wasn't famous like he is today, but I loved his restaurant and followed him as a chef. One day I was with my friend and saw him in the supermarket. It was a Sunday.

AA: Wait, you randomly approached him?

Diego: I'm a shy person. Even today, most people think I'm very outgoing, but I'm shy. I asked my friend, "Do you think that's Gastón? Should I go up to him?" My friend encouraged me, so I tapped him on the back and introduced myself. He kind-of looked at me strangely. I told him I was still in culinary school and wanted to intern with him, and he told me to stop-by the restaurant. I went the next day at 9am, filled-out the paperwork and started my internship next week. I was 17, and that was the beginning of our relationship.

AA: Ok, so I see "Nikkei Peruvian" everywhere these days. What does it really mean?

Diego: Nikkei is a Japanese person who left Japan to live in another country. Nikkei is a person, not a food. Not including Japan, Peru has the second largest Japanese population in the world, behind Brazil. So, because of all the Japanese cooks in Peru, the term has evolved to mean a Japanese-inspired style of cooking in Peru (not fusion).

Light bulb moment, I totally get it now 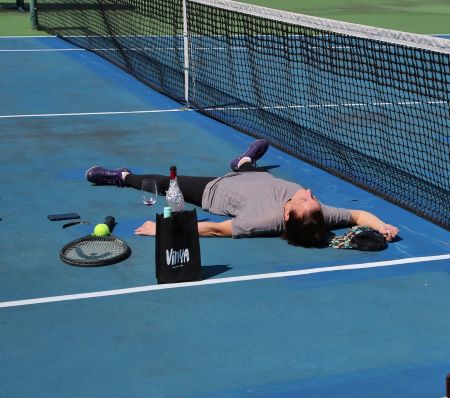 AA: When was the big wave of Japanese emigration to Peru?

Diego: So Chifa is the restaurant, it's a place where you go eat Chinese-inspired food made with Peruvian ingredients. Chifa comes from the phrase Chi Fung, "Come to eat." There are over 3,000 Chinese restaurants in Lima. For us, Chifa is not Chinese, it is Peruvian. Most Peruvian people go to a Chifa at least once a week, usually on Sundays.

Tip: Go to Chifa du Kang in South Miami, but not on a Sunday!

AA: So, back to your path as a chef. You didn't work for Gastón right-away, after you graduated school. What was your first job out of school?

Diego: My first job was at a hotel. I had to be there at 4am to butter croissants and make ham and cheese sandwiches. I hated it. So, I quit after 2 weeks and disappeared! My dad told me that I had to get a new job and said, "Why not a Japanese restaurant?" My training in culinary school was French technique (butter, cream, and more butter), so the idea of working in a Japanese restaurant seemed awful to me, even though I'm second-generation Japanese. I thought sashimi was boring, just sliced fish, so easy! I was young and ignorant, but with my dad's advice, I applied to the best Japanese restaurant in Lima. It was called Ichiban. Now it's closed because the chef passed, but it was a small underground restaurant where all the local Japanese people dined.

When I interviewed, they offered me a job as a server, telling me I couldn't work in the kitchen because I knew nothing. I said, "A server, what? I don't want to be a server, I want to be in the kitchen, I interned with Gastón Acurio!"

They laughed at me and gave me one choice: be a server or be a dishwasher. So, I chose to be a dishwasher. I was the dishwasher for 4 months, and it was hard. I liked it, though, because I got to be in the kitchen. I would play with the sushi boats in the water all day — I always have fun.

I would kill for a picture of Chef Diego playing with those sushi boats as a young dishwasher. Does anyone have one? 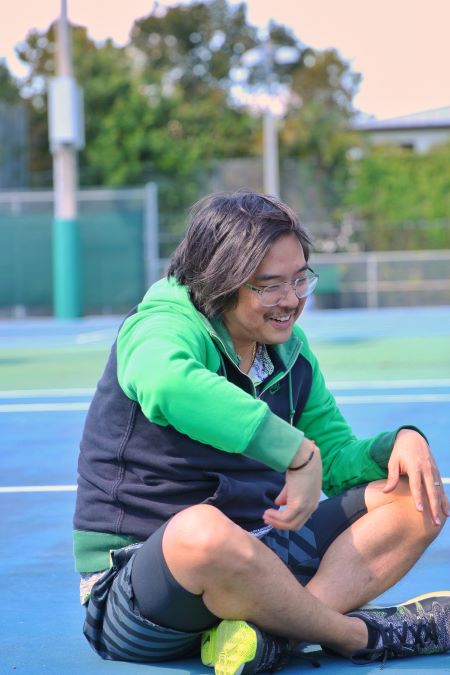 AA: It's an overly sensitive subject these days in professional kitchens, but I'm sure you got yelled at?

Diego: All the time, every day, the chef would take me aside and scream at me; telling me that I was talking too much and disrupting the kitchen. But, you know what, I stayed there three years, and Gastón Acurio came-in all the time. He would always sit in front of me at the sushi bar with his friends, and I would cook for him. Actually our chef even became a little jealous, he told me, "Don't serve him the best, don't give away the recipes!" Ha-ha.

Diego was planning to move to Japan, but Gastón offered him a job to be part of his new restaurant La Mar, and the rest is history!

AA: Why the move from San Francisco to Miami? I know you're a huge fan of the west coast.

Diego: I never imagined I would live in Miami. I pictured myself in New York or California. I thought of Miami as just beaches, not a restaurant city. As chefs, we are trained to cook. We are trained to look for the best products and flavors, the best presentation, but I knew that I had to learn a different side of being a chef. So when Gastón approached me about opening La Mar in the Mandarin Oriental Hotel, it was a huge opportunity for me to learn more than cooking, to learn the business side of a restaurant which I needed (In case I want to open-up my own place someday). At first, I didn't like Miami. It takes time to find your people, your places. It took me 2-3 years to find mine. It's nothing like San Francisco, it's the total opposite, but now, I really like it here.

AA: You're a big fan of electric vehicles. You drive an electric car now, and you actually started the electric scooter trend in Brickell. Did people stare and laugh at you?

Diego: I had the EcoReco. It was 6 years ago. There were no scooters out there, it was just me. Yes, people stared at me, a lot. I bought it online from Silicon Valley, and now my friend Freddy uses it. It's still going!

AA: So much has changed in the Miami food scene in the last five years. What's one place you're dying to go to, that one place that's on "your list?"

Arguably the most delicious restaurant right now in Miami is Boia De. Bonus? They have a fun wine list, complete with a kick-ass somm!

AA: What's one restaurant that you've recently been to that has surprised you, in a good way? Someplace where the flavors on the plate totally surpassed your expectations!

Diego: Balloo for sure. The flavors are so unique. I tasted spices and ingredients that I've never experienced. It was an amazing experience; I love Chef Timon.

AA: What is the best type of fish for cebiche?

Diego: The freshest fish (but one that is not too oily or nervy)

Try fluke, corvina, or sea bass. Avoid fish like cobia or jack fish which are delicious and better for big slices or grilling.

AA: Best shoes for the kitchen?

Diego: Troentorps wood clogs. I've been wearing them for 20 years. They're Swedish and wood. Imagine a sneaker... when you walk you bounce, your back bounces. When you have a hard surface, like a clog, you don't bounce, and it's better for your circulation. Also the heel is important. When you have a flat surface, you curve. When you have a little bit of a heel, you lean forward. So, your body automatically compensates and leans back; you stand straight. It's not because of fashion, it's because of posture.

Want Chef Diego's kitchen style? Get some Troentorps "Nailed to last since 1907."

AA: You have several cooks who have worked with you since the opening of La Mar Miami. That's unprecedented in this industry. What's your secret?

Diego: It's a long process. I've had a great team for 6 years, and team building is the most important factor for me. Respect comes first, both ways. I respect my cooks in their work life as well as in their personal life. One of the other keys is motivation. As a boss, I have my weird motivation techniques, but I'm constantly looking for new, creative ways to motivate my team. At the same time, though, I'm encouraging them to find motivation within themselves which is paramount. Many of them have been to my house in Peru, I travel with them, I treat them like a family. Respect, motivation, true friendship — I think that's why they stay with me.

Of course, that's why they stay with you! A big thank you to my friend and colleague, Chef Diego Oka, for sharing a busy morning with us (acing my butt on the court) and letting me dive-into his world for awhile. Your energy is inspiring. You can follow Diego Oka @diegooka and find him cooking the city's best Peruvian food at La Mar Miami in the Mandarin Oriental Hotel.

Your email address will not be published. 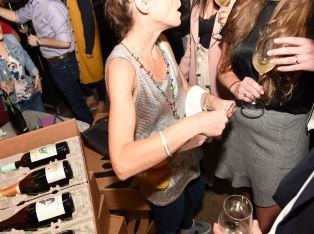 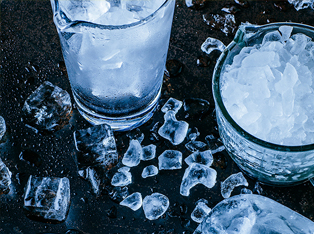 To Chill or Not to Chill 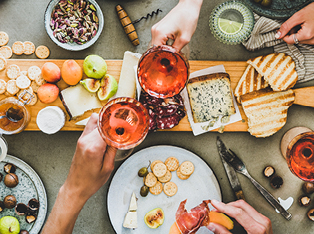 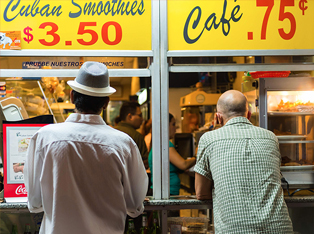 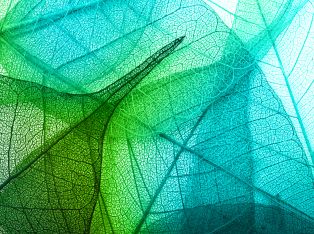 Be Real, then Natural 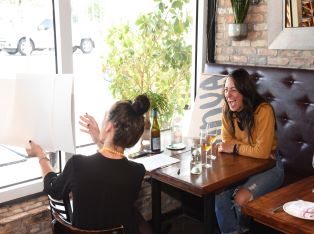 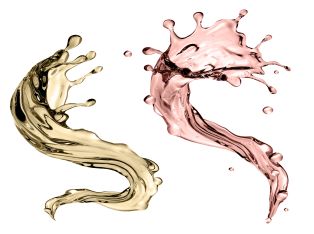 Get to Know Your Grapes 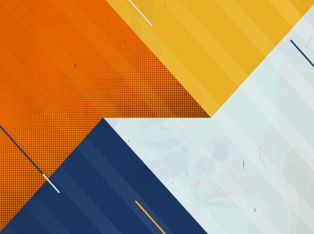